I saw something I have never seen before today. No, it's not unusual to get "@ replies" from Spambots after I've been retweeted or mentioned something like Yoga, Women or iPhone on Twitter - I've seen that a thousand times. (as an aside, how does Twitter not auto-recognize an account that has no followers and only sends @replies not as spam?)

I then got a bunch of spam followers and a few spammy @replies. As per usual, I clicked on the tweets, selected the various user names and reported them as spam. 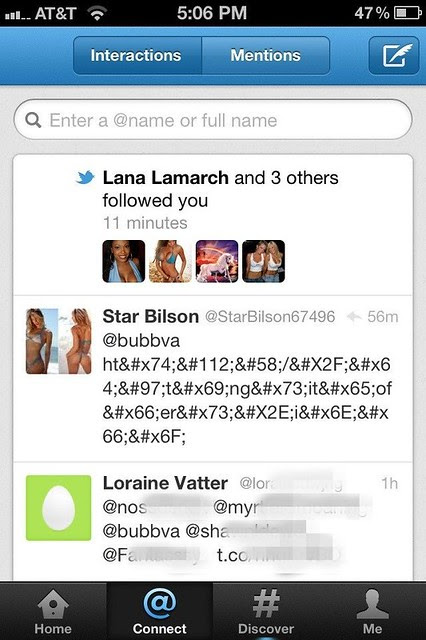 Every time I clicked on it, the app crashed. When I looked at it on my desktop computer, it looked like this: